One Kind Favor is solely owned and operated by Nicholas Williams out of Boston, Massachusetts. The goal of the label is twofold. The primary aim is to reissue recordings from the 60s-90s on handsome and affordable vinyl. Whether they are highly sought after or, for whatever reason, remain unknown to the greater collector community, most of these releases are of home-recorded or self-released music.  Some titles make their first appearance on wax as an OKF disc, while others come back into print after a long period of time.  I also release limited edition records by contemporary artists, who will be chosen based on an arcane methodology, known only to me.  I have a lot of musical interests and my own creative spirit goes down many paths, but the currently actrive artists on OKF all share common traits of simplicity and respect for the past.  I am always interested in hearing about your favorite private press records for reissue consideration, especially if you have a contact for the artist.

OKF's name is inspired by a line from the song "See That My Grave Is Kept Clean" as recorded by Blind Lemon Jefferson in 1927. The phrase "one kind favor I'll ask of you" can also be found in many American and British folk songs over the last few hundred years. The name is especially fitting for a number of reasons, not least being that the first two releases on the label were from America and Great Britain, respectively. 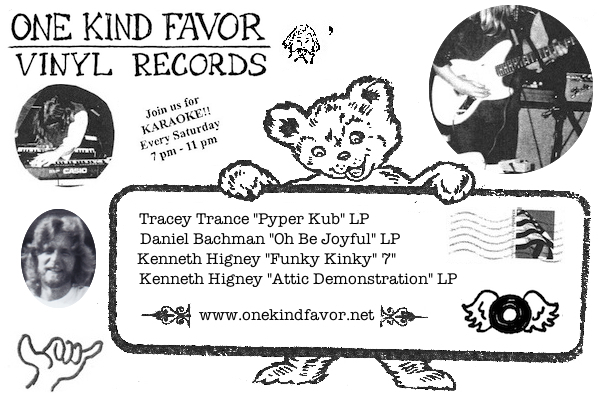