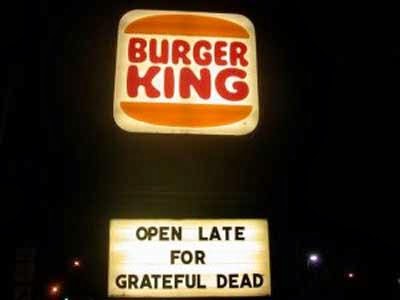 I highly recommend this internet radio show. Tyler plays some old jazz, reads poetry and does other free form announcements.

In today's world of "internet presence," the music of Tracey Trance is as "real people" as it gets.  When Tracey (AKA Tyler, longtime resident of Hangtown, USA) does happen to get on a computer, it's only to spin rainbow colored poetry to a friend or figure out the next spot he's gonna park his truck.  Although he's been granted releases on such taste making labels as Not Not Fun and Night People, he's turned in lo-fi home recordings that are difficult to pin down in any one time, place or genre.  Pyper Kub is his debut long playing vinyl and it is a startling and heartfelt departure from the hypnagogic keyboard recordings that many have enjoyed over the last few years. This is a song based record, focusing mainly on guitar, bass and vocals.  There's a little Slang Tang, some serious wah-wah, a dollop of Joe Walsh circa But Seriously, Folks...  and there's a lot of Tyler's odd, elfish spirit.  A collection of road songs that play out in some sort 70s mirror universe.  My favorite finds our hero contemplating the fine line between freedom and imprisonment while a K-9 unit searches his truck.  This record has a way of growing on you, and I've played my copy of the original ultra-limited cassette release countless times.  Sold out from OKF, try one of the co-releasing labels: Trd W/d, Hot Releases, Feeding Tube Records, Faux Pas Recordings, L'animaux Tryst & Canada Goose Tapes...did I mention this was a seven label release? One time edition of 700 copies on cream colored vinyl. Stream or download the complete album here:

Not much press for this one (shame), but Ad Hoc liked it. 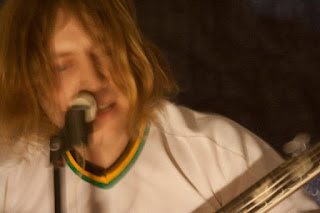 Denny Laine had a somewhat fresh and entergetic take on Buddy Holly's songwriting, as did Fleetwood Mac on their earlier LPs.  But the songcrafting that Tyler Larson of Tracey Trance carves out of a fascination for Holly comes off as a much more authentic yet original take on Rock and Roll's roots, before they were strangled, and bled dry by modern musceled up parameters.  This allows Tracey Trance's work in particular to feel un-paralleled in the modern world, without ever feeling like some kind of retro throwback.  Along with poignant lucidly plucked riffs and melodic hooks, is this totally sincere smoked out-law beachy exotica vibe that Larson has been working on for a long while now.......Whether he's playing portable keyboards, dragging hammond organs outta the side of a mini bus, jamming flutes, guitars or banjo, Tyler pulls it off in a most chill and hypnotic fashion.  Add some beautifully warm sky's the limit tape saturation and Pyper Kub becomes one of the best experimental pop records to come out in quite some time.

The fact that many label went in on releasing this LP might give you the idea it’s a loser, but that is a fucking lie. Mr. Trance has been well-represented by a variety of cassettes over the past few years, but this is his first vinyl souvenir, and it’s what the kids call “a record worth keeping”. Describing Trance’s one-man-band schtick and naif vocal presence always seem like they’d be annoying when they’re described to me, but I am here to tell you the opposite is true. Indeed, the more I hear Tracey’s casio/guitar/thumper attack, and his Poindexter-on-helium vocals, the deeper the elemental quality of his simply-wrought hooks burrows into my brain. The riff/lyric construction may put some in mind of Daniel Johnston’s early work, and I’m sure that was an influence on the guy, but most of the material here also has a lazy stoner surrealism that Johnston’s manic approach lacked. There’s no question but that Trance’s decision to work in this particular milieu is conscious and culturally-informed, but he still manages to invest the shit with a genuine weirdness that will not be stopped.
-- Byron Coley, Feeding Tube Records

LP version of the self-released tape that caught fire in the wake of the Tracey Trance spring 2012 tour. This particular charmer finds TT moving away from the wild and flowing Ethiopiques-style organ/keyboard jams to discrete guitar-based songs about real-life stuffs, but still spun stoney and free and wonderous, feel-good, raw, shambolic - with some cool keys and banjo thrown into the mix.