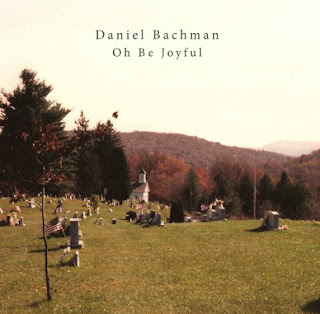 They say that Fredericksburg, VA is the most haunted city in America and it's sons have surely been imbued with the spirit of the American Primitive guitar.  The distinct sounds you will hear on Oh Be Joyful are inspired by the traditions and lore of Fredericksburg, also the hometown of Jack Rose (may God watch over his soul).  This is the second full length LP by steel string guitarist Daniel Bachman (who formerly recorded and performed as Sacred Harp).  Though young in years, he plays with a technical facility and emotional depth equal to that of the greatest fingerstylists.  His discography is already full of strong releases, but this new recording is the first I've heard to fully capture the intimate beauty that many have witnessed in his live acoustic performances across the country.  Authenticity has been a issue that has plagued folk music for much of the 20th century and these days anyone can pick up a style that was previously known only to a few mountainfolk.  While Bachman's playing is surely reminiscent of the spiritual searching sound of Robbie Basho, and indeed the spectre of Fahey looms large, he is no Johnny-come-lately.  There is a real open and, dare we say, "Psychedelic" vibe to Bachman's playing that elevates it out of the realm of tradition and into the "now."  Limited edition one time pressing of 500 copies. Stream or download: 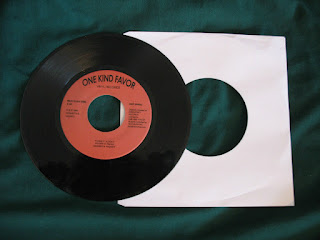 Official reissue of Kenneth Higney's 1980 private press 45rpm single. Compared to Attic Demonstration, the recordings are much more polished.  Synthesizers and "pop sensibility" have found their way into Higney's music, and the more I listen to it, I'm convinced this could have somehow taken the world by storm in some sort of post-No Wave context.  Don't get me wrong, this is still incredibly strange stuff, with Higney triple tracking his vocals in different registers. "Funky Kinky" is an especially unique come-on to a lady and "I Wanna Be The King" is an "ode or tribute, whatever you'd like to call it, to the NYC punk scene of Max's Kansas City and CBGB's in general and Johnny Thunders (the "King") in particular," according to the artist.  "I wanna be the king, I wanna play guitar.  I hate the sissy music of John Den-var."  Higney goes on to say:

In June of 1980 Kebrutney released a seven inch single of "I Wanna Be The King" b/w/ "Funky Kinky."  This was my shot at being a performing writer and these were my first recordings done with the intent of being released to the general public. They were not demos. My thinking was to release a "double A side," which was reflected by the catalog numbers on the label: "KBH-516RAS" for "I Wanna Be The King" was the rock ("R") side and "KBH-516FAS" was the funk ("F") side.  A monster record which drowned in the swamp after being chased by the villagers.  Read more.